Built by the city of Marseille in 1989 to replace the historic Saint Louis slaughterhouses, the Saumaty slaughterhouses ceased operations only a decade after they opened.

This two-hectare space located at the entrance to the Estaque, adjoining the Port of Marseille, was acquired by FÉRAUD CFM ENTREPRISES to house its activity in service to the International Maritime Transport, and to serve as the group’s headquarters.

Of the 8,000 m² (86,000 sq. ft.) of property, two spaces have been reserved for the M—ARCO Foundation’s activities: the Box d’Assommage and the Marché aux Viandes Foraines.

The Box has been completely renovated and is now a space of almost 1000 m² (10,800 sq. ft.), with high ceilings and natural overhead lighting. It opened its doors on September 1, 2011, for its first exhibit dedicated to Alan Charlton and Gérard Traquandi, two artists who were already featured in the M—ARCO collection. Since then, the Box has held one to two exhibits annually. 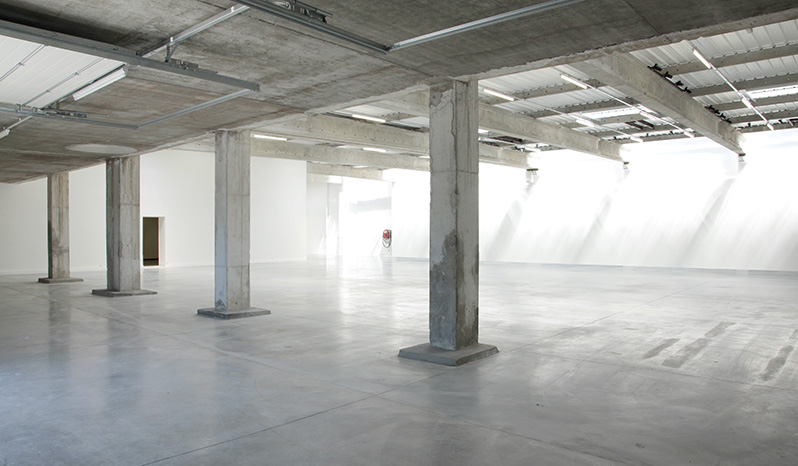